Skip to content
– Nirmala Mani Adhikary
Communication, as a discipline of knowledge or as an academic field of study, has remained inherently problematic in many non-Western countries – Asians and Africans alike; Nepal being no exception. On the one hand, these countries indigenously inherit the concept of communication, and have been practicing it since time-immemorial. On the other, communication-as-modern-discipline-of-knowledge is borrowed from the West.
There must exist communication practice and theory in every living society. Thus a communication tradition, rich and refined both in theory and practice, should have been an inseparable part of Nepali culture as Nepal is the inheritor of culturally rich civilization. In this light, communication should be considered indigenous – both as practice and concept.
But, as a discipline of knowledge or as an academic field of study, curricula on communication have not been enriched with such indigenous content. In fact, the non-Western countries had three options while they were developing curricula of communication and/or allied disciplines. First, they could have drawn on native perspectives thereby primarily incorporating indigenous concepts, if not theories and models, of communication. Second, it was much easier for them to adopt solely the Western discursive paradigm. Third, they could have adopted comparative approach thus incorporating both indigenous and Western contents, and facilitating ‘indigenization’. Whereas indigenous theories are native, rooted in specific cultures, and emphasize the human experience in specific cultures; indigenization refers to processes of transforming U.S. theories so that they are appropriate in other cultures.
Of these, the adoption of the Western paradigm has been the general practice. Generally, the course curricula on communication and allied disciplines have been West-centric. There are profound reasons for this. I would like to mention three reasons. First, the ‘modern’ system of education itself has been adopted from the West. Second, as academic fields of study, communication, media, and journalism first gained recognition and evolved in the West, particularly in the USA. Third, most of all, the triumph of ‘globalization’ has been the decisive factor in this regard. ‘Globalization’ legitimizes unidirectional gateway for the flow of information. And, communication, as an academic field of study, has lackedS indigenous insights, and hence, it has been treated as an exogenous entity ‘imported’ from the West into non-Western countries.
In case of Nepal too, the study of communication in general, and communication theory in particular, has not been shaped in native perspectives. Even a cursory look at the curricula of Tribhuvan University (TU) and Purvanchal University (PU) is enough to observe that any indigenous concept/theory/model of communication is not incorporated there. The pattern is visible not only in case of communication theory, but in other areas of study also.
The issue should be viewed in a larger context. A general predisposition of considering ‘Americanization’/’Westernization’ as globalization is not new in Nepal. And, “‘West is the best’ psyche” is something that can be easily perceived. In this light, the acceptance of Western discursive paradigm and the rejection or apathy to native perspectives in the curricula implies that Westernization-as-Globalization has been the dominant paradigm for the discipline of communication in Nepal.
However, I have sought a different approach – ‘glocalization’, when I have an opportunity for designing the curriculum. In other words, I have sought to incorporate local contents and make the curriculum ‘glocalized’. I have been advocating de-westernization the curricula, and incorporating local/indigenous contents and perspectives. For instance, the curriculum we have adopted at KU contains Hindu, Buddhist and other theories/perspectives on communication in addition to the Western ones.
The very reason for such ‘glocalization’ in the curriculum is: this is the only way by which we can make the academic endeavor pertinent to our realities. We are in the age of ‘globalization’, it is true; but, still we are within particular society, culture, and space and time. The students who join our courses have to cope with both the local/national and the global/international. The incorporation of local contents owes to nationalism/patriotism, and to the consciousness of cultural identity.
I think localizing (and ‘glocalizing’) the course contents is essential for both practical and moral reasons. Practically, without the local contents the curriculum would be unrealistic to local realities and inapplicable in the local context. Any curriculum lacking the national/local/indigenous insights should also be rejected on moral ground. Our society represents old civilization with a known history of thousands of years and a distinct cultural identity of its own. It is the inheritor of culturally rich civilization rooted to the Vedic period. This reality must not be forgotten while designing and developing the curricula.
I would like to distinguish between local content and local issue. For me, to incorporate local content would mean incorporating some indigenous approaches/perspectives/theories/models. To accommodate local issue is another matter. For example, a professor may give example of some particular event from Nepal that follows Aristotelian pattern of communication even if the curriculum may stick to Western content (Aristotle’s model of communication) only. In such case, though local issue has been incorporated the curriculum is lacking originality. To incorporate local content, not merely the issue, is significant. As I have mentioned earlier, the curriculum we have adopted at KU contains Hindu, Buddhist and other theories/perspectives on communication in addition to the Western.  Likewise, the course on media ethics has been designed in such a way that it deals with Hindu ethical principles in addition to the ethical principles accepted in the Western discursive paradigm. In sum, such contents facilitate ‘glocal’ understanding among the students.
Though Westernization-as-Globalization perspective is still dominant for the discipline of communication in Nepal, the emerging practices signify an ongoing paradigm shift. Of Nepali universities, KU has already taken a step forward by incorporating communication theories of Bharata Muni and Bhartrihari, and also sadharanikaran model of communication (SMC) in the BMS curriculum. We are yet to see, whether and when other universities in Nepal will be modify the West-centric paradigms with promotion of the indigenous communication scholarship.

1 thought on “Communication scholarship in Nepal: From ‘globalization’ to ‘glocalization’” 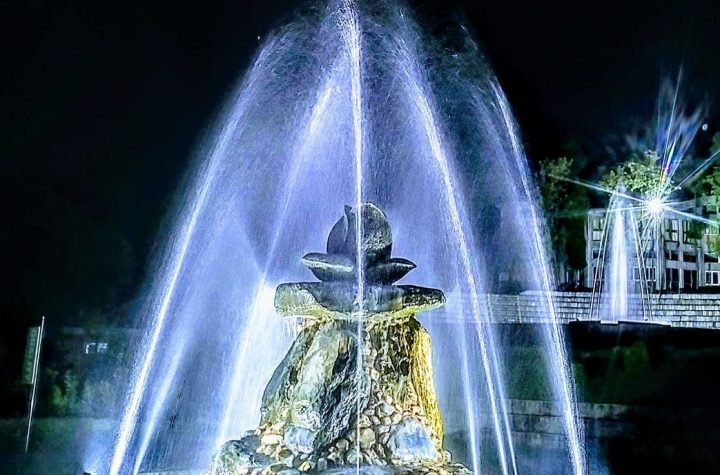