The less effective our schooling, the more limited our sense of disciplines can become. The more effective the schooling, the more specific our understanding of disciplines becomes. Both cases entail the growth of disciplinary biases. The first involves deprivation as a root of bias such as in a countryside student who ends up doing liberal arts, education or commerce because of ignorance about and inaccessibility to alternatives, or financial inability to cash opportunities. The second suggests abundance  (both of money and awareness) as a root of bias such as in a city-born child who grows through a more organized and entrenched academic route, and can choose technical and professional disciplines like engineering, medicine and other applied sciences for higher studies in a highly developed place, even including foreign institutions.
And society in general allows the biases to flourish in our attitude towards the relation between intelligence and disciplines. To take a case, there was a time, and partly still is, when passing the tenth grade (SLC) with higher second division or first division marks marked eligibility for science studies. Being in a science college then signified an ‘outstanding’ academic history in the school. And being in other disciplines more or less meant the absence of that history. Then not being in science with that history signified other exceptional conditions: either an indelible intolerance for science, a sudden conversion from brilliance to dullness, or unavoidable domestic obligations for landing elsewhere. That one is not born for everything, or that achievements in school did not necessarily signal potential for multiple talents for later life, or that success in life was the product of manifold experiences in addition to academic achievements, did not really concern people. The subjects in schools were forced upon you as quintessential to your growth envisioned in the general educational policy. The subjects you took in the university were supposed to either compensate certain proficiency impairments, or complement your potential for higher achievements. In both cases, an individual’s realization of the need for pursuing certain disciplines was systematically underestimated.
The biases have been replete among the academics in universities to the extent of mutual exclusion sometimes, and on other times, the unwillingness to appreciate others’ domains. Becher (1989) describes this condition as follows:

Men of the sociological tribe rarely visit the land of the physicists and have little idea what they do over there. If the sociologists were to step into the building occupied by the English department, they would encounter the cold stares if not the slingshots of the hostile natives … the disciplines exist as separate estates, with distinctive subcultures. (p. 23)

Perhaps Becher’s portrayal of academic biases rings very true about our universities also. We can sometimes ascribe this to a natural condition. For example, when we are limited/focused towards a specific course of study in a university, it seems commonplace to take that other areas of studies would never intersect our lines. We are bound to work within formal disciplinary compartments.  But, such compartmentalization lends itself to narrowing the path of scholarship. According to Lattuca (2001), growth of specializations to the extent of disciplinary biases can “limit growth of inquiries and explanations” and “delimit the way of knowing.” She further portrays such narrowing of scholarship as “the decline of the front porch from which everyone could survey their territory” (p. 1). This implies the absence of a holistic platform from where every other discipline could be viewed as significant for the creation and sustenance of broader worldviews.
I see, however, that the decline is not finality but a temporary process. As we grow to be professionals disciplines themselves invite us to tread their territories, however shallow or deep the treading could be. Because our intellectual needs and reaches are so diverse these days, we are bound to step beyond our disciplinary compartments. In this line Lattuca (2001) suggests, “Scholars in a specialization may have a disciplinary home, but they often travel elsewhere to work.” Shin exemplifies this with a real story in which a group of scholars in geography traced an imaginary geography in the works of Ernest Hemingway, William Faulkner, Jane Austen, among others, which they did to discuss “the possibility of organizing and constructing an ideal place to live…,” and to understand “how places are related, positively or negatively, to the social and individual life of the people living in it” (“Confessions of an Interdisciplinarian”). This travelling is what forms one of the roots for the formation of interdisciplinarity.
Shin further asserts, “Interdisciplinarity begins when disciplinarians realize that what they are looking for is not found in their own disciplines (“Confessions”). Interdisciplinarity, however, signifies more than an individual’s realization for the need to explore knowledge in other fields. It suggests, as Moran (2003) puts, “forging connections across the different disciplines…or even attempting to transcend disciplinary boundaries altogether” (p.15). In the most general sense, interdisciplinarity can be taken to mean a form of discourse between plural fields of knowledge. The discourse, signified by the root “discipline” and the prefix “inter”, implies the expansion of precise, rigorous and focused subjects into warm, pleasant and discrete but mutually uplifting fields of scholarship (Frank, 1988). This further presents interdisciplinarity as being transformative to the direction of generating new modes of inquiries. Nissani names such character as “creative breakthrough” where productivity comes from “linking previously unrelated ideas” for a holistic perspective and “unity of knowledge” which can “readily spot a disciplinary slip up” (“Interdisciplinarity”). Interdisciplinarity thus is perceived as a representative location from where to examine multiple worldviews.
Interdisciplinarity emanates from and sustains in genuine collaboration between disciplines and disciplinarians. It does not signal the end of disciplinarity, but emphasizes the widening of disciplinary horizons and mitigating disciplinary biases. The true sense of interdisciplinary lies in the fact that scholars make efforts to know many fields of use, but not that they try to know everything. Similarly, it does not necessarily take to achieve the depth of every other field of value, but to be informed about the intensity of their  value in everyday life. This should entail the awareness and skills to tackle what Nissani calls the “intellectual, social and practical problems” of life through a multi-faceted approach.
I end this essay with a thoughtful quote about how interdisciplinarity resembles the notion of taking different routes to arrive a single destination:

We all want to make our lives more meaningful tomorrow than they are today. This is our ideal. That ideal can be understood as truth for scientists and as an ideal place for geographers, as a good society for social scientists in general, and as a good life for the people in humanities. Because this ideal is to be achieved in the future, it is open-ended, and it requires the use of intuition and imagination. Again, I want to say that intuition and imagination know no disciplinary boundaries. (Shin, “Confessions”)

Perhaps it is time for us to redefine our scholarly pursuits and preoccupations and to begin to see the world through other  people’s eyes — irrespective of how we have been schooled. Would the world look different then? Or, would it change the way we see ourselves?
References 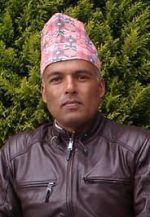 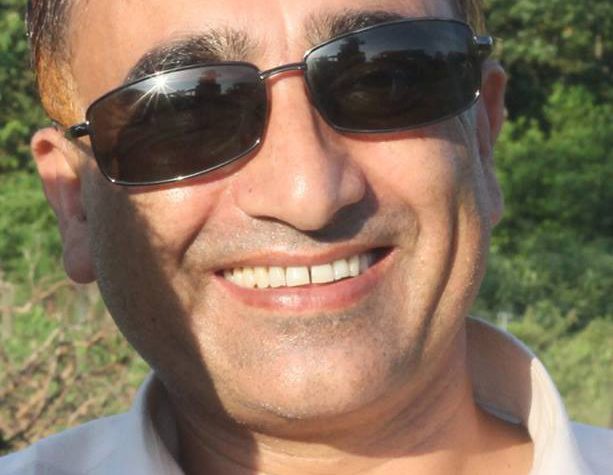