Former Dean and Controller of Examinations

We human beings live in a planetary system of a star which we call the Sun. Our sun is just one of the minor stars in the cluster of about 250 billion stars called the Milky Way. We live far from the bright and densely populated nucleus of the Milky Way. Earth is one of the nine planets which surround the Sun, and continuously revolves around the Sun in more or less a fixed path known as its orbit. The earth is surrounded by a gaseous ocean. We live on the bottom of this rather opaque gaseous ocean. The earth is also one of the billions of other planets in the universe, nothing more than a tiny speck of dust in the vast galactic island. What can we hope to learn of this universe from our galactic backwoods?

In our short history of the existence on earth we had hardly had time enough to take stock of our immediate surroundings. We have just begun to know and understand ourselves. Thousands of years of human civilization are but a fleeting instance as compared with the periods of time in which matter evolves on the universal scale. Less than 500 years have passed since man first proved that this planet is a globe by circumnavigating it.  A century has passed since we discovered, at first by speculative reasoning, some of the laws connecting space, time, and motion. We have just begun to probe the secrets of the structure of the matter. Our knowledge of the universe is scanty indeed and we still have a lot more to learn. But we are inquisitive, have learned things step by step and continue to learn many more things about our universe by the same way and in course of time will unravel more mysteries of the universe.

Apart from the terrestrial landscape of mountains, valleys, flat plain, dense forest and oceans, man has been looking up at the twinkling dots in the sky for thousands of years. Some have compared these twinkling dots, known as stars, the twinkling eyes of the universe looking down on earth. Stars appear after the Sunset and must have looked very mysterious objects for early human beings. Beginning with idle stargazing, it has now turned to systematic observations, first with naked eyes, then with the simplest of instruments, and today with the help of giant telescope with lenses several feet in diameter and other sophisticated instruments. Now we can distinguish planets and stars.

In addition, we have identified various other objects scattered around the vast void of the universe. There are very big clusters of stars like our Milky Way. These clusters of stars are known as galaxies. The galaxies have hundreds of solar systems like ours. There are huge objects made of a gaseous material known as nebulae. Some objects are not visible to us but we feel their presence by detecting the noises they emit. These noises are known as radio waves and are detected and analyzed to understand about these noisy objects. We can measure how big a star is, how far one star is from another, and measure the distance of the farthest nebulae. So the old saying “Twinkle, twinkle little star, how I wonder what you are” is no longer true. Today we can say “Twinkle, twinkle little star, we know exactly what you are”. Stars are no wonders today and neither are they little. Other stars are several thousands to even hundreds of millions larger than our sun and are made of materials in plasma state.

The earth is surrounded by an ocean of colorless gases which we call air. Air mainly contains nitrogen and oxygen along with different other gases in traces. This air covering of our planet earth is known as the atmosphere and is spread up to 3,000 kilometers altitude above the earth. Clouds are usually observed at an altitude of about 80 kilometres. Somewhat higher, between 100 and 120 kilometres, meteors appear as shooting stars. A flying meteor is a complex phenomenon involving the interaction of a fast moving body carrying an electrical charge with the Surrounding air. Atmosphere gradually becomes less and less dense depending on the distance from the surface of the earth. Some strange lights (Northern and Southern lights) called Aurora Polaris occur in the uppermost layers of the atmosphere as high as 1,200 kilometres.

At an altitude of 3,000 kilometres above the surface of the earth, just outside the edge of the atmosphere, electrically charged particles from the outer space counter us. Earth is a huge magnet and its magnetic influence spreads in the surrounding space known as magnetic field. The charge particles which come from outer space towards earth are trapped by the earth’s electromagnetic field. They spiral along the earth forming three radiation belts. A disturbance in this belt causes disturbances in our radio, television and other means of communication.

From the surface of the earth we see the sky is blue and the stars twinkle. These phenomena do occur due to the earth’s atmosphere. So, how does the sky look when we watch it beyond the atmosphere? Astronauts and space travelers tell us that the sky looks totally dark and stars no longer twinkle. Rather they look like dull light-emitting objects. If we recall back, on March 18, 1965 an earth man named Alexei Leonov, citizen of the then Soviet Socialist Republic, first encountered the vast void of the universe face to face. Leonov became the first person from the planet earth to push himself away from his spaceship Voskhod 2 to drift out into the bottomless void known as space. Leonov was connected with a rope-like chord to keep from losing himself in the strange, weird void surrounding him.

Man is inquisitive by nature. As soon as we discover a new law of nature, we try to exploit it for our own ends. Having discovered the secret of lightning bolts we use it to produce electric light. By learning the laws of river flow we dug irrigation canals. We have harnessed the power of nuclear fission of uranium and will soon learn to tame the thermonuclear reaction which heats the sun and stars. No sooner do we discover the laws of the universe than we surely put them to work and make them serve us. We have understood the terrestrial laws and phenomena and made them serve us. So we can hope that by becoming the master of the universe one day we may be able to reconstruct the planetary systems, move stars about and regulate their brightness at our will.

2 thoughts on “Face to Face with the Universe” 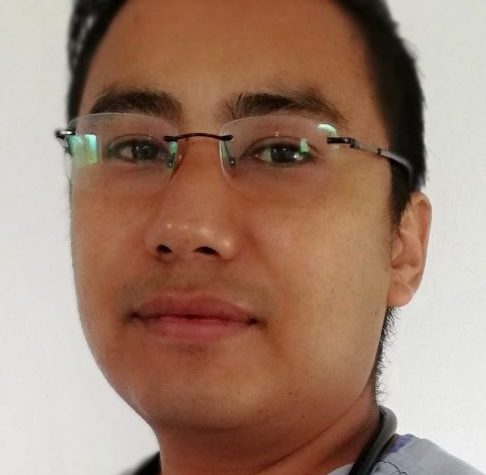