The English dictionary describes science as systematic and formulated knowledge. Let us explain more elaborately the meaning of science. In the beginning of human history, humans were like wild animals. Slowly and bit by bit they started learning about their surroundings. Such learning was necessary for early human beings for their food and safety. The learning of one generation was passed on to another generation. Instead of parents transferring what information they had to their children, it was thought better to combine all information or knowledge of all parents and pass on to the next generation. The combined knowledge kept by a group of people or a tribe has come to be known as the culture. The factor necessary for the advancement of culture is communication, which includes speaking, writing, and various forms of arts. Communication helped to interact among different cultures and what is passed on by this communication is history. Thus history is the study of cultures.

Where does science fit into this picture? Science is only one of the important parts of our culture. The combined knowledge through generations to generations which helped human beings to survive, prosper, and be on the top of the development is what we mean by systematic and formulated knowledge.

Ancient human beings lived in the fear of darkness. They were susceptible to diseases, insects, hurricanes, floods, earthquakes, cold, and heat. All these things were nature’s threats to living beings. Early human beings could not understand why and how such miseries did occur. Somehow they thought someone who is very superior to them is creating such miseries to them. They attributed one superior being for each of their miseries and thus created gods of hurricane, water, rain, cloud, flood, cold, heat and so on. They believed the causes of their sufferings were the results of the unhappiness of one or more of these gods, and constantly tried to please the gods to avoid the miseries and sufferings. Due to the lack of power to reason they cultivated a senseless or irrational fear of the unknown or the mysterious. Such fear is described as superstition or irrational religious system.

We have to examine how science and superstitions affect our daily life and our thinking. We have a long cultural tradition where religion plays an important role. Our puranas and other religious books have a large number of stories and incidents describing miracles performed by saints and gods. These stories conflict with our rational minds and our scientific understanding of our day to day life with nature. Do you believe that the eclipses are caused by the demons Rahu and Ketu? Do you believe that your destiny is decided by some heavenly body or bodies situated at million of miles away? Many of us have a habit of depending on the horoscope as a way to know the future. The position of a planet or a star at the time of your birth does not determine your destiny or future. What shapes your future is your attitude towards life and hard work but not the heavenly bodies made either of cold hard rocks or very hot gases. There are many stories about the unknown phenomena. Rather than believing in such stories and in irrational explanations one should try to understand these unknown phenomena on scientific basis.

Superstition is the irrational way of explaining usual or unusual events. Science does not believe in irrational way of explaining events. Science aims to know the cause and effect of each phenomenon based on scientific principles that can be verified with experiments and are proven on the basis of well-established scientific rules known as laws. Science has rational answers to many of the phenomena.

No scientist, however great he/she is, ever claims that he/she knows everything. A scientist always says, “I do not know” instead of making an irrational explanation of an event. But the fact that there exists no proven scientific answer to any of the nature’s secret does not mean that the answer is known to a religious pundit, or it is written in some saastra, or it is said by some saint or god. Scientists are continuously trying to understand why and how events take place until a rational answer is found. That we have not yet understood many secrets of nature does not mean that god has forbidden us to know those things or we are inferior to god, or we can never understand all the secrets of creation.

Conflict between science, superstition, and religion is not unique only to our culture but in the western society too. The church opposed the idea of Nicholas Copernicus who said that the earth is not the centre of the universe, a belief which was accepted by the Bible. Several other scientists had to suffer the wrath of the church for their scientific beliefs which contradicted with the Bible. But their ideas ultimately got accepted and helped to end the superstitious belief of the religion. In his book The Grand Design, Stephen Hawking, one of the great scientists of our time, says that philosophy has not kept up with modern developments in science. Scientists have become the bearers of the torch of discovery in our quest for knowledge. 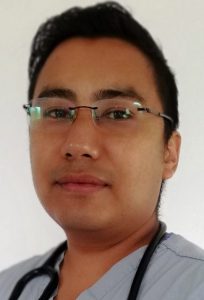 English and Scientific Research: Some Reflections