Skip to content
– Nirmala Mani Adhikary
In view of the acute shortage of adequately trained personnel in mass media, the question of building up human resources must be a priority of media houses. The growth of mass media studies in universities is linked with the development of the media. The development of the mass media and of advanced communications technologies has been to increase the number of media education institutions all over the world. In Nepal also, after the restoration of democracy in 1990, the number of media education institutions has increased. Apart from training institutes, Universities also have started Communication studies.
Mass media studies are fairly recent phenomena, started only at the turn of the twentieth century. In most countries of Africa and Asia mass media studies have been introduced in the last few decades. In teaching and research, the field is still in its early stages of development and the same is the case with Nepal.
Mass media can create the necessary climate of modernization, which includes vital ingredients like innovativeness, achievement motivation and educational and occupational aspirations. There is a positive relation between economic development and mass media, which acts as reflector of the development process in society.
In the process of modernization people consume more goods, which also includes media products. They use more prints, film, and broadcast media. Modern societies, then, are media dependent societies. Their populations make use of the media for achieving their desired goals. Thus the advancement in the field of mass media is necessary for the over all advancement of any country and Nepal is no exception.
While universities appear to be increasingly involved in communication education they cannot in all cases provide all the practical training that professionals need. Thus various specialized training centers and mass media organization also play an important role. Especially, media houses can provide specific courses of practical, technical and occupational instruction suitably adapted to the circumstances and demands of their work.
While talking about journalism and other mass media professions we should take into account the importance of information and informatics in all branches and sectors of national life, the sensitivity of all societies about news produced and diffused, the rapid development of technology, and increasing demand of specialization. The quality of any system is largely governed by the caliber of those who operate it. The lack of trained manpower is the basic reason for deficiencies observed in the field of mass media in Nepal. It may therefore be considered that higher-level education and training in mass communication profession is of paramount importance. The efforts of only universities and training institutes are not sufficient in this regard. This should also lead to even more extensive and genuine cooperation between media educational institutions and media houses and cooperation between them is equally important. Mass media should no longer be regarded merely as an incidental service and its development left to chance.

[In the print version, the article was published as: Adhikary, Nirmala Mani. (2002, November 1). Media houses and training institutions. The Kathmandu Post, p. 5.] 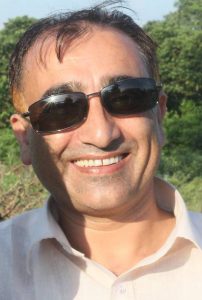