When I was asked to contribute an article on the importance of English language for scientific research, I felt I got an opportunity to express my gratitude to the language which gave me an enormous access to good books written by scholars around the world. Without the knowledge of English, I would have to rely on books written only in our native language, which would have certainly narrowed my thinking. My simple understanding is that our ability to think is proportional to the number of good books we read. Also, it is generally accepted that knowledge is for the brain as is food for the body, and that a person with knowledge of different languages has greater vision and wider horizon.

I was motivated to learn English by my revered father since my childhood. Although my father himself never had formal education, he had gained some practice of spoken English during his service in Indian army. He had a strong desire to educate his children in English medium. I think this might have been due to the influence of British officers in India. He used to tell me fascinating stories about the additional benefits he used to receive in the army unlike his colleagues by virtue of his knowledge of English, although limited. Even with this limitation, he was supposed to be superior to others, and was assigned some official tasks during the war time which avoided the risk of being deployed to the front.

In spite of a moderate income,  my father always stressed on educating children in good schools. Although our family was based on a village, my father settled in the town only to provide us good education with additional tuition in English.  So far as I remember, he was the first person in our town to arrange tuition in English from the primary level. It was during this time that I met my most favorite teacher of English, Balkrishna Shrama, who inspired me to learn. He was a noble teacher with amazing skills of delivering spellbinding lectures. With his guidance, I experienced the joy of learning new words in English and writing them nicely in four-lined papers.  Since then, I started learning English spontaneously.

I realized the real importance of knowing English when I joined I. Sc. in Amrit Science Campus in 1989. All our subjects were taught in English. Had I been poor in English, I would have certainly been discouraged from studying science.  The knowledge of English helped me in learning the major subjects like Physics, Chemistry, Biology and Mathematics. I had a huge advantage over my classmates with a weaker background of English. Meanwhile, some of our teachers had just returned from US with terribly twisted tongue, and many of our friends who were from remote areas of Nepal got frustrated with the US-style pronunciation. Students who had their schooling in English medium had no difficulty in grasping the lectures in the major subjects.

Well, these were some of my recollections about my background in the English language. Let me discuss a little about the importance of the use of English in the field of science.

In 1931 Vladimir N. Ipatieff, a Russian-American chemist, had begun to take lessons in English at the age of sixty-four. He was already a well-known scientist but had to learn English in that age in order to continue his research in the USA. He probably was under the influence of the “publish or perish” dictum so common in the field of research. But his story simply highlights the necessity of knowing a language of wide international readership in order to popularize researches in science.

Michael Faraday said that any researcher has to follow three major steps: “work, analyze and publish.” All the three parts are equally important. However, the importance of the language appears in the third part — publishing. The real output of any scientific research is measured by its impact, hence the level of international journals is determined by their impact factor. How many people cited our papers is more important than how many papers we wrote. To make our papers accessible to a large number of readers, we have to publish our results in a language understood by a large population.  Thus one has to publish his/her findings in English.

Most of the world’s leading scientific journals are published in English. It has been reported that researchers from non-English speaking countries have to spend a significant portion of their time in getting their reports and research papers translated/written in English. This obviously steals their precious time from laboratory work. For example, in Japan English is becoming the language of basic science resulting in the gradual disappearance of  publications in Japanese. RIKEN, one of Japan’s most comprehensive groups of research facilities, has claimed that its scientists published about 2000 original reports in English in 2005, but only 174 in Japanese. One report shows that editing companies in Japan charge researchers $ 500 to $ 800 per manuscript. Language training can cost $2000 for a ten-week course. These costs are additional burdens and slow down scientific activities in laboratory.

In fact, this should not have been the period for spending so much time for writing the paper alone. Had their schooling been in English, as that of ours, the researchers could have devoted more time for their experiments than exercising for language. In this respect, we should feel fortunate; we learned basic sciences in English medium at school and the university. In several international conferences and seminars, I have observed the difficulty faced by scientists from the countries which are quite developed in science and technology but are non-native English users. In spite of their good research results, they are sometimes nervous during presentations due to the difficulty in expressing their ideas clearly in English.  On the other hand, researchers who studied their courses in English are more confident in presentations even if the merit of their research work is not of high standard.

Another case where proficiency in English plays a vital role is in the preparation of research grants proposals. Even a promising project proposal may be rejected because of the lack of logical reasoning. It may be argued why a researcher should worry about English when one can easily consult with professional editors to prepare a proposal. But the fact is that professional editors may not know the technical ideas of the project, and that sometimes this joint venture may lead to negative results. Considering the growing need of disseminating research results to a wider population, many Asian and European countries, which used to teach science courses in their own native languages, are gradually adopting English as the language of science.

Summing up, today no discipline can function in isolation. Since a large number of interdisciplinary subjects like environmental science, biotechnology, biomedical engineering, engineering physics etc. are emerging, people of different areas of expertise have to work together. Professionals from different disciplines find English quite comfortable to communicate among themselves. Also, professionals in the discipline of English language must also constantly update themselves because the world is changing rapidly due to the advancement in science and technology.  For the survival in this competitive and rapidly advancing world, everyone has to be able to grasp the new challenges and opportunities. Due to the latest advancement in information technology, specially with the introduction of internet services and cellular phones, the world has become like a village. Whoever gets the latest information at the earliest will come ahead and those who miss will certainly lag behind. In which language this communication is being made in a broad scale? Of course, English. 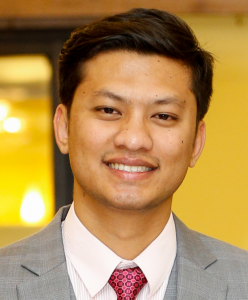 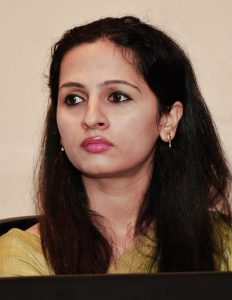