The term aging imprints the wrinkled face of humans in my mind. They could be parents, relatives, neighbors, teachers or anybody. Human understanding has it that only elderly people can be aging; therefore, an impression of older ones comes into mind. Does aging denote getting weaker nearing death or culminating experience of life ? A harsh reality is that aging comes along with birth. To mean aging, we need to understand the entire course of life; either your life or someone else(Moody, 2006).

The book Evolutionary Biology of Aging  offers aging definition as continuous decline of fitness due to internal physiological deterioration(Ross, 1994). Physical shrink and loss of life is inevitable. Palpability of life degrades as a person grows older. What about the other side of the story ? If humans take aging as distancing from last year’s age to future age, they create a aloofness. The more distancing, the more the gap widens. Is the gap a difference in behavior and values? If so, “we have to deal with paradoxes such as absence of gap in major values but presence of gap in minor values”(Troll, 1972, p.348).

Aging is subjective terminology in social science and objective term for biological science. Biologically speaking, aging can best be understood as detuning during the first part of adulthood due to gradual decline of internal forces of natural selection and when such declines stop, aging ultimately ceases(Rose et al., 2012). Stopping aging denotes end of life. Socially speaking,

there is thus no scientific justification for assuming that each and every type of physiological deterioration that has been associated with aging must continue without remit throughout late adult life.This realization leads to another fundamental change in our thinking about “the process of aging”: it is not actually     a physiological process, in and of itself(Rose et al., 2012, p.1).

Chalise(2019) wrote “aging is classified as biological aging, psychological aging, social aging, chronological aging and functional aging”(p.8).  Generational consciousness has become more advanced than before to describe aging. Aging has been considered to evaluate by more physiological and biological evidence. It becomes important to look into aging from a more sociopsycho perspective. Aging is a psychological phenomena when “I” plays an important role to trick you as an older or a younger person.

Getting older is aging as society understands it. Aging has been understood this way because that is the observation of the society. From behavior and value’s point of view, the older generation can not do much further. Aging creates a divide between older and newer generations. I do not perceive it as an issue as the term is coined to explain the difference between demography, workplace culture, and attitude, usage of language and technical knowledge and skill.

To me, change in consciousness is aging, regardless of the age. A child can transition to adulthood by a higher level of consciousness. It is the consciousness that brings aging early or later. As a matter of fact, aging is an element of the system we are already corporated in.“In sum , the trend in birth rate, death rate and the flow of cohorts all contribute to population aging, what makes matters complicated is that all three trend can happen simultaneously”(Moody, Prologue xxiii).

“Anyone who stops learning is old, whether at twenty or eighty. Anyone who keeps learning stays young”(Henry Ford’s Quote). Hormonal change sourcing from  knowledgeable activities keeps one mentally fit. You need to be childlike to learn more from your surroundings.(Osho discourse, www.oshonews.com) Child’s sensory organs are open without social clothes of hypocrisy. It is upto the person who wants to stay older or younger. Aging is a relative understanding of psychic structure in association with the universe. I would like to bring eagle rebirth story here by AECT president to his employee:

The eagle has the longest life span among birds. In its 40s, the eagle’s long and flexible talons can no longer grab prey and their long and sharp beaks become bent. Their old-aged and heavy wings (due to thick feathers) become stuck to their chest making it difficult to fly. At this point, eagles are left with two options: die or go through a painful process of change that lasts 150 days. The change process requires that the eagle fly to a mountain top, build a nest, and proceed to knock its beak against a rock until it is gone. The eagle uses the rocks to destroy their useless talons and then waits for them to grow back. Emaciated now, when the talons have grown back, the eagle starts plucking the matted feathers from its chest and wings. THEN, after five long months, the eagle takes flight in a rebirth and lives for 30 more years!(Persichetti, 2016).

Imagine, if the eagle admits the end of life in 40 years and does nothing. Psychological aging appears to be more important than physiological one  in Eagles’ case. Empirical life of humans provides a deeper understanding  of aging. Does the experience of life not bring many other things together with it?

Closing eyes please remember your childhood, open your eyes and look in the mirror. Is that you who were born so and so years ago? Activity Theory of aging believes that aged citizens become more happier in social interaction and successful aging takes place(Havighurst,1961). Aging is the entire course of life to recollect into a short package. It helps to comprehend the phenomena in life. Aging is a feeling in tranquility. Human recollects his/her past about the long course of life and smiles at herself/himself if success has been obtained, disappointing otherwise.

Experience from aging people can be better spoken in front of people than in writing. It takes gestures and body language to share with. Younger generation learns by aged ones. Aging makes a history the younger better learn from. It is the aging that constitutes lifetime consequences ; the matter of successful aging or unsuccessful is upto the social activity of the person. Aging collects  randomly existing events of life. Humans may not care about the existence of randomness(Taleb, 2005). Finally, aging is acceptance of existence. 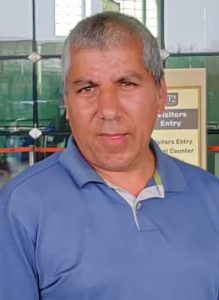