I still remember the time, fall of 2003, when all the first-year students were gathered in the ground in front of KU Library and given a moral boosting talk to kick-start the undergraduate program.  This happened a long time ago, yet in my mind it somehow does not seem so distant.

When Dr. Hem Raj Kafle asked me to write a piece on the ‘prices and rewards of being early’, with reflections of the experiences I had as a first batch biotech graduate, it took me back to those days. Amidst those memories, I became nostalgic thinking of my first year English Communication Skills classes taught by Dr. Kafle. It was one of the best 4 credits (2 credits in 1st and 2nd semester) courses of the undergraduate program where I was taught to relay stories and I am forever grateful for that.

I along with 47 others graduated from Kathmandu University (KU) in the fall of 2007 with the degree of B. Tech in Biotechnology. This was the first-ever batch of Biotech graduates, not just from KU, but the entire nation. When I recall those times, I believe all 48 of us had similar experiences. There was the excitement of being a graduate, but also there was fear of uncertainty and the lack of clear vision and direction.

Biotechnology is a very broad term used to describe any study where one uses some sort of technology (e.g. genetic manipulation) on biological objects (microbes, plants, animals) to get a product. It can be applied in various fields including medicine, food-tech, agriculture and dairy industries. After graduation, the first major obstacle was that this subject itself required introduction in Nepal. Not many were aware of the subject and, to my dismay, there are still very few places in Nepal that offer opportunity to work in this field.

No wonder, there was a lot of confusion and anxiety among my batch mates. Nonetheless, like every river that finds its way, the students opted for higher degree programs to pave their paths for future. Within two years, 90 percent of my batch mates joined masters/ PhD programs abroad, many funded by scholarships.  As a result, I see many of my friends working in big pharma companies or academic labs trying to find answers to nature’s complex problems.  That undergraduate degree in KU did open up a lot of doors for personal rewards and it would not have been the case if KU had not started a biotechnology degree.

But what about those who do not wish to study abroad, or cannot afford to do so? The lack of employment opportunities in Nepal has been difficult both personally and professionally. Such situation compels graduates to find their destiny in foreign lands. And since each year many graduates leave the country, the growth of biotech sector in Nepal has been slow. Unfortunately, the story repeats; the experience is similar for every new batch.

I have listened to the former Vice Chancellor of KU, Dr. Suresh Raj Sharma, speaking in different forums why the University started biotechnology degree. In his own words, “Nepal had missed many technological revolutions in the past, hence for the nation to remain ready for biotechnology revolution, it needs qualified biotech scientists.” This was definitely a visionary step, many colleges and universities since have started their biotech programs in the country. It also makes good business sense to take risk of starting new programs as it can attract more students. He as the leader did succeed in that.

I am one of those very few biotech graduates who are currently working in Nepal. I run an agro-biotech company called ‘Ficus Biotech,’ which produces healthy saplings from plant tissue culture technology. I have co-founded this company with other biotechnology graduates, one being my undergraduate batch-mate. We provide products and services that were not previously available in Nepal. There are some other companies/research institutes run by KU biotech graduates. In a way, starting a biotechnology program at KU has contributed in some or the other ways to the development of the nation, and in many ways in the development of the researchers/entrepreneurs like us.

However, for the development of any industry, we need a favorable eco-system.  It is important that companies are run by qualified individuals. Competent individuals are essential at each node of the value chain. Products development must be research-based, which is only possible if companies are run by individuals with aptitude and background in research.  Unfortunately, many of the product and service providers in Nepal today do not have knowledge, nor do they have interest in gaining any. For them it is more about the numbers in balance sheet. It is because of the lack of competent individuals that the technology is not developing and when such products are needed, they are imported in high price. The current pandemic has shown how shallow the talent pool of biomedical scientists is in the country, at least in places where they could make some difference.

The fact is, the first batch of students do face a lot of challenges as the future direction is always murky. It becomes difficult to understand the repercussions of the decisions we take and the career path trajectory it leads to. Nonetheless, there are rewards in the form of bringing innovations to your work, to present yourself as an entrepreneur, to bring the change that others only dream of – the reward of creating avenues for those uncertain young fellows who are looking for some light in their paths ahead.

2 thoughts on “The Prices and Rewards of Being Early” 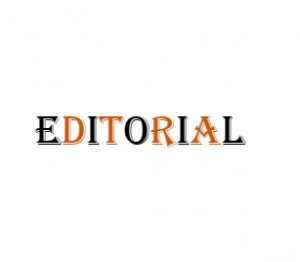 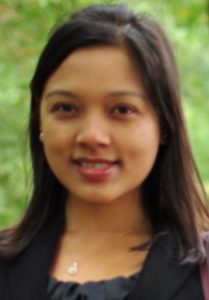